I am amazed and humbled by the responses I have received regarding my post Jesus in the Dishes. Incidentally, it won Honorable Mention in the Falling for Jesus contest for which it was originally written, and it was republished on www.blissfullydomestic.com.

Depression is the “silent killer” of many marriages, often without either party knowing the root cause of their struggles. Talking about mental illness is still taboo in many circles, which only compounds the problems for those caught in its snare. Because depression is so isolating and we felt so alone in our battle, we did not realize the impact that our story would have on others. Writing about that time in our lives has been therapeutic and we are now better able to express what we could not even put into words two years ago. Today’s post is in my husband’s words, written about a year and a half after we first saw the light at the end of the tunnel. 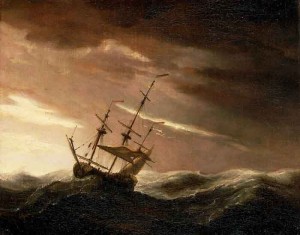 Once upon a time, I dreamed of marrying the perfect girl.

When I married her, I realized she was not perfect, and sometimes I wondered if I should have waited for someone else.

We had children, and they were bright and shining beings who had been entrusted to us, and us alone. And I knew that we were the right parents for them, and I was content.

Then the dark storms came for me, and I could do nothing for myself. She cared for me, suffered with me, and beat her heart against the dark wall surrounding my soul.

When the storms had passed, I found that she was still beside me, tattered and torn. Then I knew that she was indeed the one I had dreamed of; for she was true, kind, generous, and had sacrificed much of herself for me. I was humbled, and I was more than content – I was grateful.

From her loving husband