Update : Please see the November 4th entry for a update on this blog post.

This entry was written for the Falling for Jesus contest.

It had been two years, at least. Two years of that dark monster of depression clinging to my husband and engulfing my family in a daily struggle just to stay afloat. Sometimes he could beat it back far enough to convince those around him that things weren’t so bad, but other times it seemed as if the monster would strangle the life out of him as he lay exhausted in the bed, unable to face another day of fighting. On those 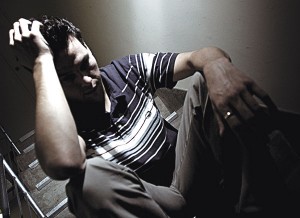 days, I wondered if it would ever end and how I would survive if it didn’t. I even occasionally secretly wished that he was fighting a disease like cancer instead of a mental illness. Then, I reasoned, I would have the sympathy and support of the church members who always cared for those in need. Instead, I suffered in silence, hoping and praying that the torture would end, and attempting to protect my husband from those who would tell us that if he just trusted Jesus more, it would all go away. We did trust Jesus, and it didn’t go away.

Finally, we accepted the fact that he was dealing with a genetic chemical imbalance that could only be properly treated with medication. The first few weeks, nothing seemed different. We questioned whether we had made the right choice. “Why, Lord,” I would ask. “Why won’t it just go away?”

Then, one day, it happened. He walked into the room and said, nonchalantly, “I’m going to the store. I started to do the dishes but we’re out of detergent.” Now, this may seem like an ordinary comment to many of you. But to me, they were the most wonderful words in the world. You see, he had been a man who had always helped out around the house. But it had been months since he had attempted to wash any dishes, and I couldn’t remember the last time he had offered to pick up anything at the store. I managed an “okay” and a smile before I turned away and burst into tears. I had seen the light at the end of the tunnel and it was too beautiful to behold. 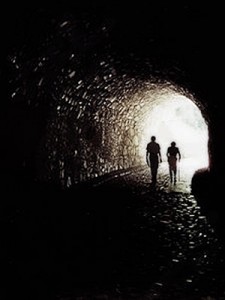 Relief washed over me in waves as I was reminded that Jesus had heard our prayers, He knew my pain, and He would continue to be by my side as we fought this monster. Ecclesiastes 3:11, NIV, tells us that “He has made everything beautiful in its time.” He was restoring my husband to me in His time and in His way. Though there would be more battles to fight, I knew then that the final victory would be ours in Jesus.

With God we will gain the victory, and he will trample down our enemies.

7 thoughts on “Jesus in the Dishes”